One year on from the country enduring multiple restrictions due to the Coronavirus pandemic, as well as the Treasury funding various support packages, this year’s 2021 Budget announcement was likely to be one that most people were paying attention to. Whilst a few initiatives were circulated by the media in advance, all plans have since been confirmed by Sunak.

Save or share our free downloadable PDF for a comprehensive summary on all key points as well as read our team’s commentary below on how these changes may impact you. 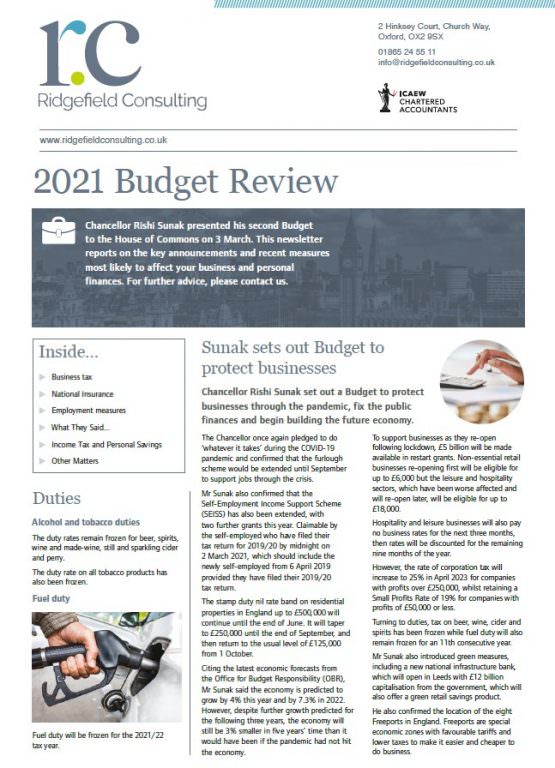 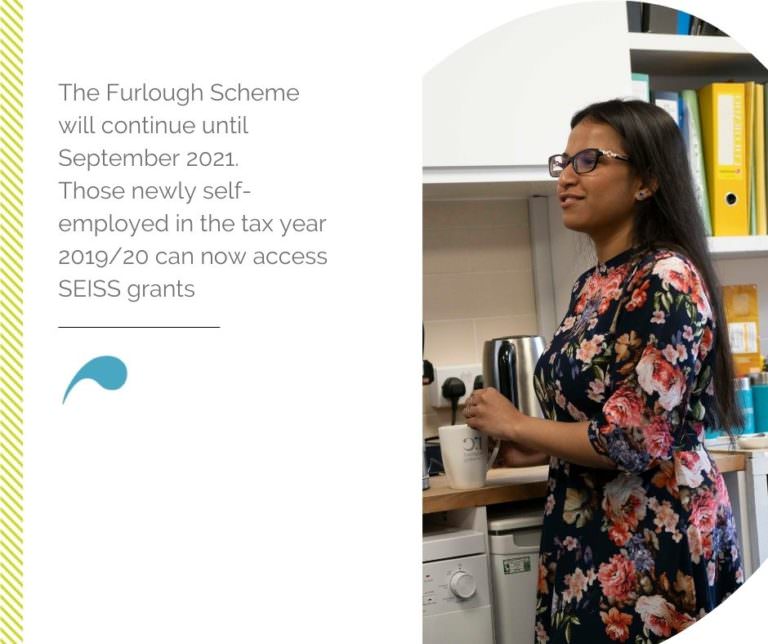 Nisali: “One of the first things I expected the Chancellor to announce was any updates on the current Coronavirus support schemes. We now know that the Furlough scheme has been extended and will remain open until September 2021. Under the new extended scheme, the cost to employers has actually been reduced which means the Government have been more generous with the support when compared to the scheme in October last year. This is great news and really helps support businesses as well as protect people’s jobs and livelihoods.

Not only that but with the announcement of a fourth and fifth SEISS grant to come, it means more self-employed people will be able to access cash grants of up to £7,500. The grants will be open to those who newly became self-employed in the 2019/20 tax year, but you must have already submitted your self-assessment tax return in order to be able to claim. All the more reason you need to ensure you always submit your personal tax returns on time.” 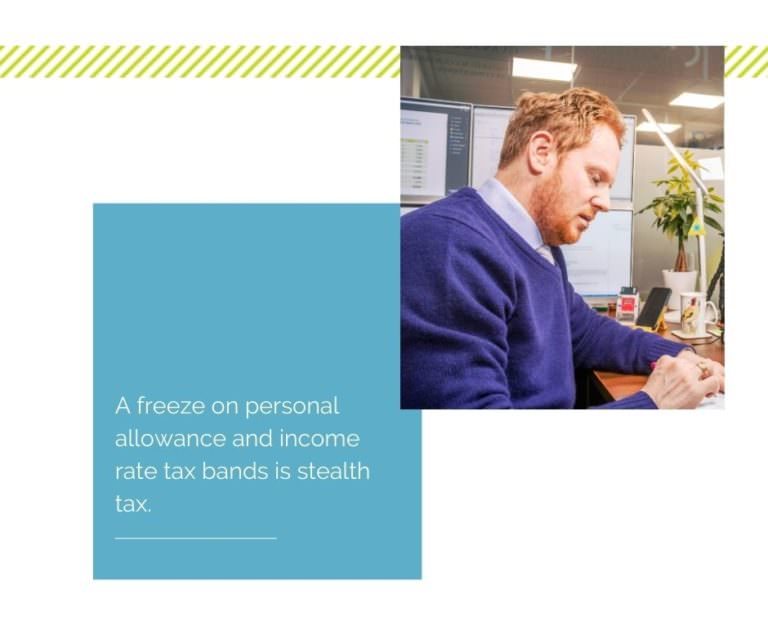 Simon: “What was glaringly obvious to me was the stealth tax that’s been announced. Not unexpected – it’s been done before, but many people don’t always spot that it’s happening. No Chancellor wants to be attached to the headline of “an increase in income tax” but by freezing the personal allowance, this is essentially what it is. An incremental increase to the allowance of £70 is coming in April 2021, alongside an increase to the higher tax rate band to £50,270, but then this will be held in place for 5 years until 2026! By not raising income tax thresholds in line with inflation, we are all being taxed, and it’s estimated to raise £8 billion a year.” 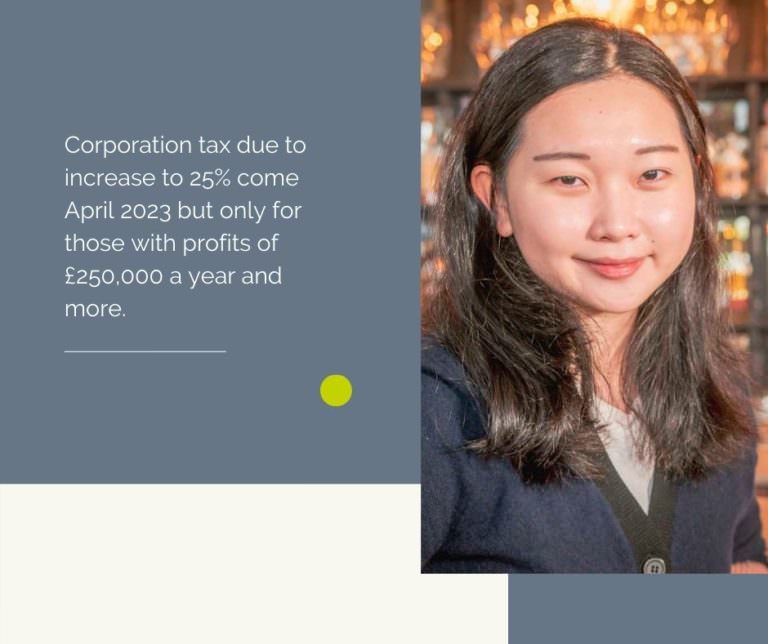 Grace: “The announcement of a new “super-deduction” is what our clients have been most interested in finding out more about. This generous temporary tax relief will allow limited companies to offset the full costs of qualifying plant and machinery plus 30% from their tax. This measure has been well thought-out as it encourages spending before any corporation tax increase. It will also help “level out” the country by encouraging investment in industries such as manufacturing which are predominantly in the midlands and north of the UK as opposed to favouring service sectors which are generally based in London and the south.

The mention of increased corporation tax cannot be ignored. Currently at 19%, come April 2023, it will increase to 25%. However, this will only be applicable for those companies making profits of £250,000 a year or more. Smaller companies have been protected and will continue to be taxed at 19% where their annual profits fall under £50,000. Those companies that fall in between will see a tapered tax rate and we are awaiting further details on this.”

Shameem: “It’s great to be able to tell my clients in the hospitality sector that the 5% VAT rate has now been extended to 30 September when it was originally due to stop at the end of this month. From 1 October there will be an interim 12.5% VAT rate lasting until 31 March 2022. This is before returning to the standard 20% VAT rate come 1 April 2022. Whilst I know some will argue that this is too little, too late for those small independent businesses that have been unable to survive the closures of last year, it gives others a bit more space to plan out how to run their business when they can open again this year.

Don’t forget that for anyone who deferred their VAT payments last year – regardless of industry – will need to repay in full by 31 March or register to join the new VAT deferral payment scheme by 21 June 2021.” 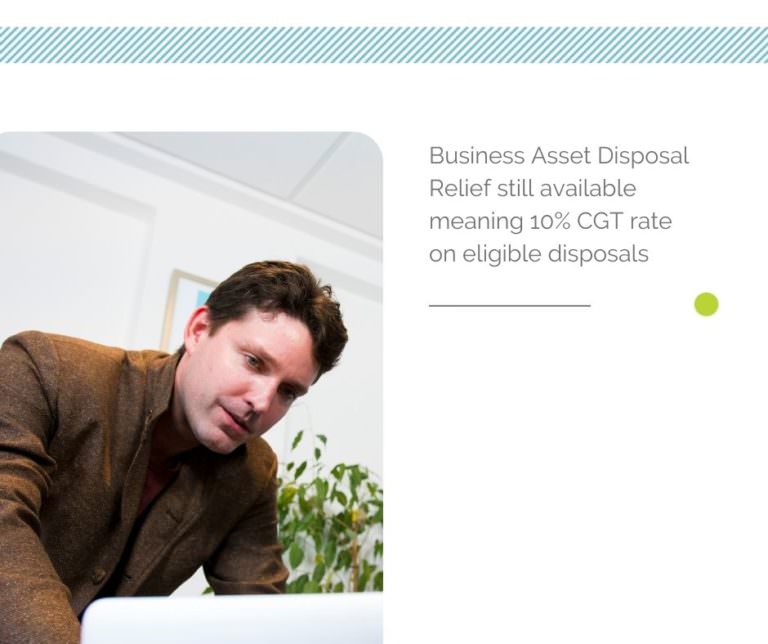 Bryn: “Whilst there’s been so much speculation in the run up to the Budget that there would be drastic shake-ups to the current R&D tax relief schemes and SEIS and EIS, there was actually relatively little revealed! All we know at the moment is that the government will launch a review and that the planned PAYE cap is going ahead.

Another highly anticipated change that never came into fruition is the scrapping of business asset disposal relief, or Entrepreneurs’ Relief, as it was previously known as. As far as we’re aware, the reduced CGT rate of 10% will still be available to eligible disposals including for EMI shares.” 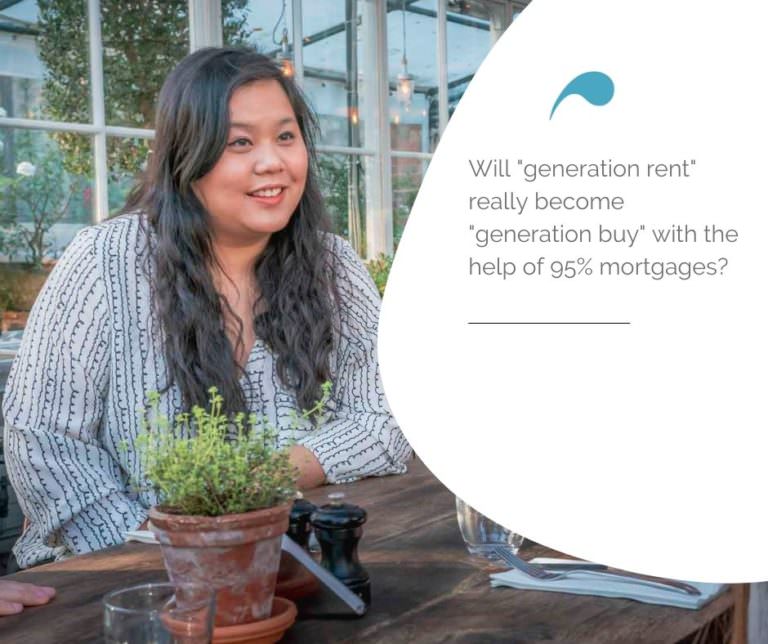 Kizzy: “There’s good news and there’s fake news when it comes to plans for the property market and homebuyers. The good – the stamp duty holiday has been extended until the end of June. Many people were relying on this and those who are close to completion are probably breathing a sigh of relief that there’s now more time. Not only this but the nil rate band will double to £250,000 until the end of September this year which will only help stimulate the property market.

However, the big elephant in the room is the relaunch of 95% mortgages backed by the government. The government say they want to help “generation rent become generation buy” but who is this really helping? The 95% mortgage will be available on property purchases of up to £600,000; but even with a 5% deposit of £30,000 banks are generally only lending 4 times the individual’s salary. That would mean you would have to be earning £142,500 a year to be able to get a mortgage of this value.”

A complete review of all changes announced by the Chancellor is included in the above PDF. Our clients are always welcome to book in for an appointment to discuss how they may want to use new measures announced in the Budget.